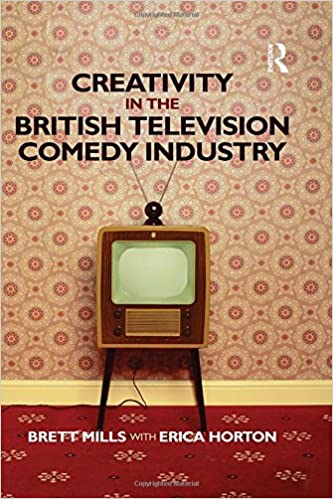 What is it like to make television comedy? How do writers get their ideas made, and how do commissioners and producers decide what to make? How do members of the comedy industry work with large broadcasters and production companies, and what does it mean to be creative – and stay creative?

With detailed discussion of the processes by which series such as People Just Do Nothing and After Hours came to our screens, this book examines how members of the comedy industry maintain careers, manage failure, develop their craft, and stay creative.

Creativity in the British Television Comedy Industry is essential reading for students and researchers with an interest in comedy studies, television production, and the creative/media industries.

Brett Mills is Senior Lecturer in Television Studies at the University of East Anglia and is an affiliated researcher at the Centre for Comedy Studies Research, Brunel University. He is the author of Television Sitcom (2005) and The Sitcom (2009).

Erica Horton is a PhD student at the University of East Anglia. Her research focuses on discursive constructions of creativity within the British television comedy industry with a particular focus on Channel 4.