Humor and Nonviolent Struggle in Serbia

“If I had no sense of humor, I should long ago have committed suicide,” wrote
the late Mahatma Gandhi, expressing the potent power of humor to sustain and
uplift. Less obvious is humor’s ability to operate as a cunning weapon in nonviolent
protest movements. Over the last few decades, activists are increasingly
incorporating subversive laughter in their protest repertoires, realizing the ways
in which it challenges the ruling elite’s propaganda, defuses antagonism, and
inspires both participants and the greater population.
In this highly original and engaging work, Sombatpoonsiri explores the
nexus between humor and nonviolent protest, aiming to enhance our understanding
of the growing popularity of humor in protest movements around the
world. Drawing on insights from the pioneering Otpor activists in Serbia, she
provides a detailed account of the protesters’ systematic use of humor to topple
Slobadan Miloševic’ in 2000. Interviews with activists, protest newsletters, and
documentaries of the movement combine to illustrate how humor played a pivotal
role by reflecting the absurdity of the regime’s propaganda and, in turn, by
delegitimizing its authority. Sombatpoonsiri highlights the Otpor activists’ ability
to internationalize their nonviolent crusade, influencing youth movements in the
Ukraine, Georgia, Iran, and Egypt. Globally, Otpor’s successful use of humor
became an inspiration for a later generation of protest movements.

Sombatpoonsiri has now given us reason to laugh as we topple dictators, chuckle as we contemplate new strategies, and make jokes as we outwit oppressors….Sombatpoonsiri’s work should be studied by all who yearn for a nonviolent way to bring down repressive regimes. (Tom H. Hastings, assistant professor of conflict resolution, Portland State University)

The book, a fantastic adventure in crossing boundaries, reminds us how remembering and understanding nonviolent experiences in Serbia could empower nonviolent struggles elsewhere in the world. (Chaiwat Satha-Anand, professor of political science, Thammasat University)

Sombatpoonsiri challenges the myth that humor is the language of the powerless-a meaningless expression of frustration that rarely amounts to change. Instead, drawing on the case of the Serbian uprising against Miloševic, she persuasively argues that humor can have truly subversive effects and can be a crucial form of power for movements. A timely, insightful, and entertaining read! (Erica Chenoweth, associate professor at the Josef Korbel School of International Studies, University of Denver)

In this lively and empathetic study, the first serious look at Otpor in English, Janjira Sombatpoonsiri delivers the sophisticated analysis that the main agent of the Serbian Revolution of 2000 deserves. (Padraic Kenney, Professor of History and International Studies, Indiana University)

An original and useful contribution, drawing both on existing literature
and documentary sources as well as on interviews with participants.
It has the potential to advance understanding of the role of
humor and satirical stances in the generation of political change. (Eric Gordy, School of Slavonic and East European Studies, University College, London).

Through experiences of Serbian pro-democracy movements, this book explores ways in which social movements incorporate different forms of humor in their protest repertoires to achieve nonviolent political change.

Janjira Sombatpoonsiri is lecturer of political science at Thammasat University in Thailand. 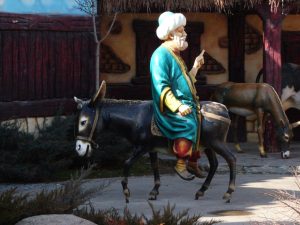 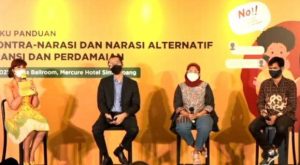 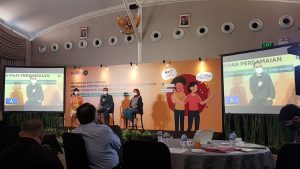