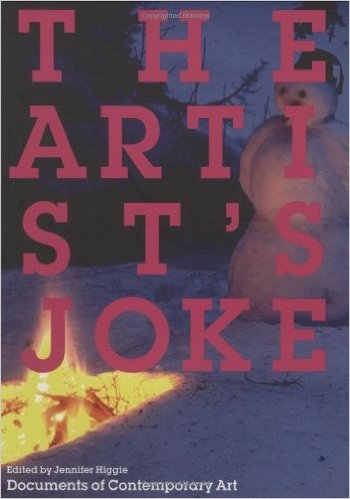 Review
“…[I]nventive, poignant and brazen as well as humorous. She… takes no prisoners, even when she works in the belly of the beast. … meticulously researched… yet often, yet often tantalizingly ambiguous…” – Andrea Fraser “The hopes and dreams of worthless losers.” – David Shrigley –This text refers to an alternate Paperback edition.

About the Author
Jennifer Higgie is the coeditor of frieze magazine. She has published writings on such contemporary artists as Ricky Swallow, Magnus Von Plessen, and David Noonan.

I’ve ordered a few of the books from this Whitechapel series and all of them are pretty decent. The subject covered in this book, as a previous reviewer mentioned, is widely overlooked. Many of the essays were very interesting, a few took themselves a little too seriously (ironic I know). This is a collection of essays and excerpts from different authors, so you’re not going to love every single one. I found this to be a wonderful jumping point and introduced me to several authors/artists/texts/topics that I’ve decided to research further. The materials and design of the actual book are also very nice by my standards.